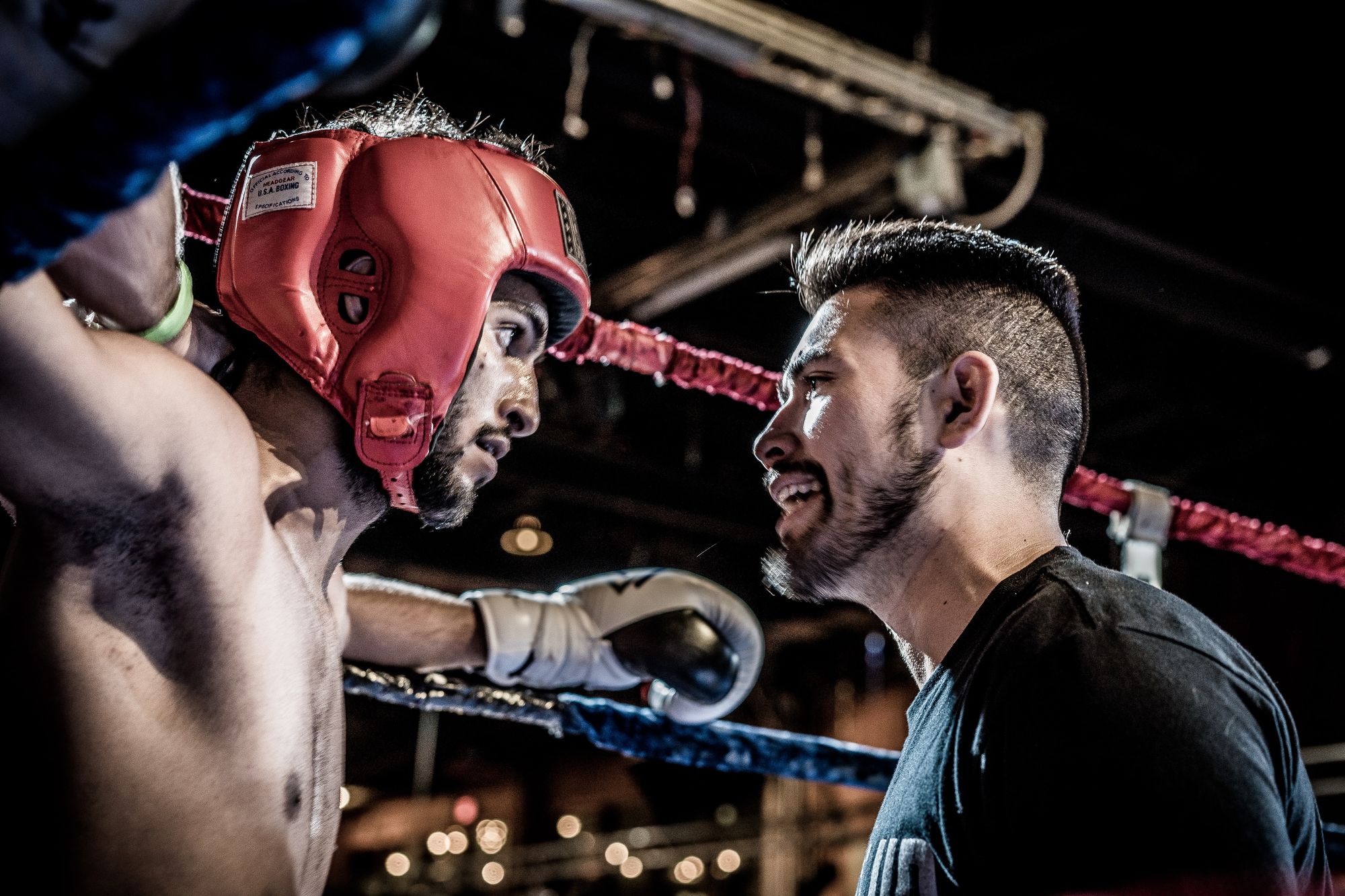 We recently hosted four more webinars for over 400 NCAA coaches, athletic trainers, and other professionals. Some questions came in about the Champion’s Mind app, mental skills like self-talk, and mindset training for individual and junior athletes that we couldn’t answer because of time constraints. Here, our founder Dr. Jim Afremow drops some knowledge in response to the coaching community’s questions.

I often hear athletes refer to themselves as “stupid” or an “idiot.” Even if they are joking, what are some things that I can do to help our athletes promote positive self-talk?

First of all, it’s important to acknowledge that they might just be joking. But if it’s becoming a pattern, then you have an opportunity to help them become their own best friend, rather than their own worst enemy. It’s always beneficial to bring up a topic like self-talk in conversation, rather than to make it an instruction or order. So the next time you hear an athlete say “I’m such an idiot” or “I’m stupid,” try to transition into a discussion with a comment like, “You know, that reminds me of something I learned recently about the significance of self-talk: The most powerful words we’ll ever hear are the ones we say to ourselves.”

Next you could use a simple yet illustrative analogy. When talking to athletes, I’ve found it beneficial to describe how communication works for good or bad in an imaginary army. Yes, a general might be direct or even gruff with his or her soldiers, but if this progresses into belittling the troops and telling them how incompetent they are, they’re unlikely to believe in themselves. As a result, when they go into battle, they’ll be less likely to meet their commander’s objectives, and will also be unwilling to fight hard for this individual who obviously doesn’t respect them. Whereas if the general shares clear instructions and tells the soldiers how much faith he or she has in them to get the job done, they’ll go to war knowing what to do, believing they can do it, and wanting to serve their general well.

In this case, the general is the athlete’s mind and the words they say is the pre-battle rallying cry. The soldiers are the athlete’s body, which will either go into the combat of practice and competition feeling empowered by positive self-talk or already defeated by negative phrases like “I’m so stupid.” The body will be more likely to thrive and win if the mind (aka the general) is empowering and affirmative. So the mind must watch what it says.

I work with athletes aged 13 to 19. Is the Champion’s Mind app helpful for younger athletes?

Yes. Young athletes are increasingly expected to train and perform like adult athletes from a physical standpoint, yet their mental game is left to chance and circumstance. And, just like older competitors, junior athletes face setbacks, injuries, and slumps that take a mental and emotional toll. They also need coping tools to deal with the stressors of school, peer pressure, and other factors that can make it difficult to navigate the world around them.

Young athletes who start using the Champion’s Mind app to build confidence, improve relaxation, and master calming breathing in middle and high school will not only perform better in competition but also thrive in the classroom and in life. As their brains are like sponges, they will grasp the basics of the mental skills quickly and continue to develop these if they commit to practicing them daily. Doing so will help them play their best, feel more capable, and, perhaps most importantly, have more fun playing the sports they love.

From a parent’s perspective, it can be a difficult job to monitor and limit screen time. But just like learning a language with Duolingo or creating songs in Garage Band, utilizing the Champion’s Mind app is a more positive and constructive way to direct the time that you allow your children to be on their phones.

How does the app support coaches who have individual athletes rather than teams? I’m a cycling coach whose athletes have their own events and goals.

There are two main types of sports teams. Those whose athletes play a sport together and those who compete in their own events. But at the end of the day, they’re still the same in many ways. In both instances, the coach still wants to empower each athlete to meet their own personal targets and help the team come together to meet group goals like winning a championship or making the playoffs.

When you introduce the Champion’s Mind app to your cyclists, remind them that you’ll do whatever it takes to help meet these individual and shared objectives. Going through the audios included in the Champion’s Mind course that comes with a team license is one way to do this, as it will help them gain a mental edge over their competitors. As the coach, you can also schedule a brief weekly conversation with the whole team, in which each athlete shares which sessions are proving most helpful for them and gives examples of how they’re applying lessons on goal-setting, visualization, and other mental skills to their training and life. In this way, the app can also initiate team building.

Were the modules of the Champion’s Mind course developed toward any specific psychological theory?

The tools and techniques found only in the Champion’s Mind app are based on decades of research in positive, cognitive, and sports psychology. Practitioners in these three disciplines all know that practicing mental skills regularly is the key to mastering them. The 12-module Champion’s Mind course draws heavily on cognitive behavioral therapy (CBT). This focuses on the powerful connection between inner beliefs and outward actions and habits.

One of the CBT-based modules that athletes and coaches tell us they’re benefiting from the most is cognitive distortions. These are common errors like magnification and all-or-nothing thinking that, if left unchecked, can lead to negative emotions taking hold and performance declining. After listening to the audios, athletes are able to identify and correct such thinking errors more quickly, so that they can think more rationally, assess situations more accurately, and perform exceptionally.

On the webinar, I heard you say that my athletes can improve their mental game in just 5 minutes a day. How can that small amount of time make a difference?

Distributed practice (more frequent short, highly-focused sessions) has been shown to be more effective in skill development across many fields than massed practice (infrequent long, less focused sessions). The former is more sustainable, additive rather than subtractive, and fits better in the busy lives that athletes lead. If you’re a baseball coach, it’d be better for your players to be in the batting cage for 20 or 30 minutes four or five times a week than having them do one or two marathon sessions.

It’s the same with mental skills training, which is why we intentionally designed the Champion’s Mind app to support a distributed practice model. When they fire up an audio, an athlete will be able to focus intently on a single topic like mental toughness for a few minutes and can then go and apply a takeaway to the rest of their day. Whether they’re riding on the team bus, taking a break between classes, or winding down at the end of a tiring day, they can fit in a brief session without needing to find extra time. If they commit to doing this day in and day out, such repeated distributed practice will deliver compound interest over time in benefits such as being a better teammate and leader, improved mental resilience, and enhanced performance when it matters most.

Go for Gold with Your Athletes

Daily mental skills training is the final frontier of sports performance. Ask us about how you can get a Champion’s Mind team license and help your players make the leap from silver to gold. 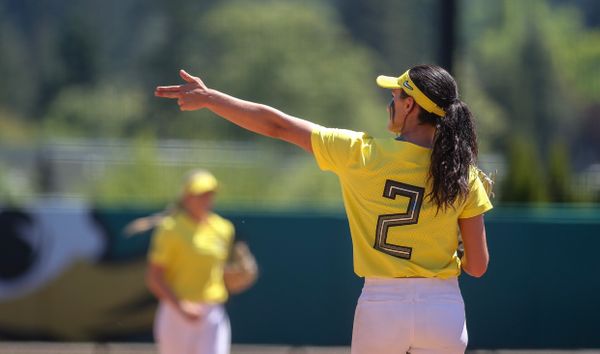 "The visualization part is huge for me, because the more I can see it and the more I can see myself doing it, the more successful I become. Then I have my best games." Softball pitcher Jordan Dail tells Champion's Mind creator Jim Afremow how she uses mental rehearsal to play her best and win.