In the previous installments of this series, we focused on the mental toughness, relaxation techniques, and resilience that allowed Steve Mesler to progress from a bobsled beginner to an Olympic champion who won over 30 World Cup races. Now we’re going to switch gears and look at how Steve is utilizing the skills he learned as an elite athlete to help children make the most of their potential.

The slogan of the non-profit Steve co-founded, Classroom Champions, is “Every student deserves a champion.” They provide schools with Social and Emotional Learning (SEL) curriculum and mentorship programs to improve engagement, build growth mindsets, and inspire positive classroom culture. To date, Classroom Champions has connected over 200 Olympians, Paralympians, student-athletes, and pro athletes to millions of students in over 1,800 classrooms across 34 U.S. states, 8 Canadian provinces, St. Lucia, Grenada, Dominica, Costa Rica, and American military installations in Germany.

In the final part of our conversation, Steve shares how Classroom Champions programs are improving kids’ mental health, why it’s important for them to cultivate an Olympian mindset, and more.

Why did you decide to start Classroom Champions?

I was sitting on the curb about three blocks from where I am now, talking on the phone to my sister. I told her about a school visit I’d just done and said that while it was fun, I didn’t think the kids got that much out of it. They knew who I was and what I’d achieved, but they were told to be excited. We started discussing what we could do together that would be worth our time, make a real difference, and seem cool if we were 10.

My sister was a teacher and was getting her PhD at Northwestern when we first started brainstorming. She said that the research on underprivileged kids showed that they really needed to trust the people who were trying to teach them. You don’t develop that from a one-off visit, but I couldn’t be in a school all the time. So what could we do instead?

When I was an Olympian, we Skyped with kids from the Olympic Village and the team adopted some classrooms. My friend David Epstein told me, “This is a bigger than you.” I had no idea how to start a nonprofit, but we got a board together and figured it out. 10 years later and we’ve set up virtual mentoring programs with tens of thousands of kids and reached over a million.

What are some of the benefits for the children involved in your programs?

91 percent of teachers say that their students are more likely to reach their goals. Our statistics show that attendance is up, grades are up, and behavior issues are down. The athletes who give their time know that they're making a difference. And that's been the really incredible part. A lot of them already held camps or went into schools, but they were looking for ways to do more, particularly as they couldn’t do in-person visits during the pandemic. It’s humbling to me that we’ve provided an infrastructure that allows them to give back to all these students. For example, Meghan Duggan, the captain of Team USA women's ice hockey, is the anchor for the leadership module, and bobsledder Nic Taylor is the anchor for the emotions unit. They’re just two of the athletes who are much more involved than I ever could’ve been without this platform.

What are some of the most common mindset challenges you see students in underserved areas facing?

Often they have engagement issues. If their parents had bad experiences in the past, perhaps school has always been looked down on in their family. That creates a mental block for a child. Then if we look at bullying, the way a kid treats others says a lot about how they feel about themselves. What we're trying to do is show them that there are people out there who care. A huge statistic of success for kids is if they feel like they have a caring adult in their life. A study from the 90s shows that when the percentage of role models in a community declines from 40 percent – which it might be in an affluent neighborhood – to 5.5 percent, the school dropout rate doubles. If it decreases to 3.5 percent, the dropout rate doubles again.

In these communities that are struggling, if you can add an extra adult into a kid’s life who is doing big things and is their friend – which 94 percent of our kids feel about their athlete mentor – it can make all the difference. We’re able to do that at scale. In the current COVID-19 crisis, what I've realized is that we have a huge purpose. In today's world, social isolation is a real problem and a lot of kids aren't getting the right people in front of them in person anymore. We've got to find a way to reach out more and teach kids life skills. So many athletes and teams want to join us in doing that.

If a child could finish a Classroom Champions program having learned just one life lesson, what would you want that to be?

I’d want them to understand the concept of perseverance. That’s the number one trait I hire for and you see it in Michael Phelps, Simone Biles – every champion. What I hope kids get from our athlete mentors is that they need to keep grinding. Even looking back at my own career, the pattern was injury, injury, success, failure, failure, success. I would never have achieved anything if I hadn’t persevered, so even if a kid is in second or third grade, I want them to really grasp what it means and how they can apply it to their own life.

What’s another trait that you’ve embraced in your own leadership lately?

Vulnerability. I come from the world of sports, in which being vulnerable is seen as bad. There were 40 guys who wanted my job, and if there was any blood in the water, they’d take it. But now I’m in a different environment, and I have to sometimes put the Olympian mindset down so I can go unwind, be a dad, and relax. I want our team to do the same thing. We’re doing a lot of big things at Classroom Champions and keep dreaming bigger. But to achieve those things, we’ve got to be able to sustain ourselves. What’s happening with COVID-19 is unprecedented and it’s OK to admit that you’re frightened. But as my old sprint coach, whose nickname is Mouse [Michael Holloway], used to say, “If you're scared, say you're scared, but don’t let it stop you from doing anything.”

Take Your Team from Contender to Champion

Want your athletes to excel like the students Classroom Champions is mentoring? A team license of the Champion’s Mind app includes a 12-module course, 2-way coach/athlete messaging, and over 100 daily audios. Interested to learn more? Drop us a line.

Or if you’re an individual athlete, download the Champion’s mind app for your iPhone or Android phone, go to the Account tab, and tap Go Pro to unlock our full library of mental skills audios.

Did you miss the previous parts of this series? Click the links below to read them: 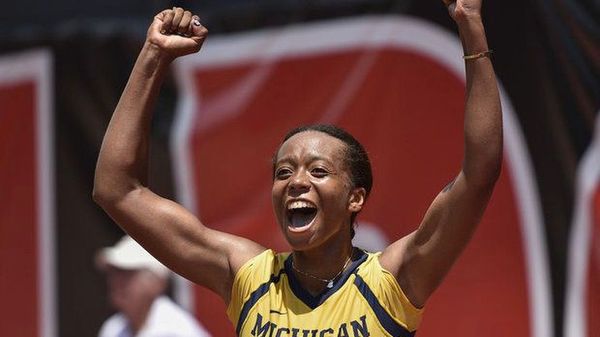 "It’s in those times when you’re tired that you have to really push yourself, and if you have people to do it with you, you’re all in it together." - Brienne Minor, NCAA tennis champion 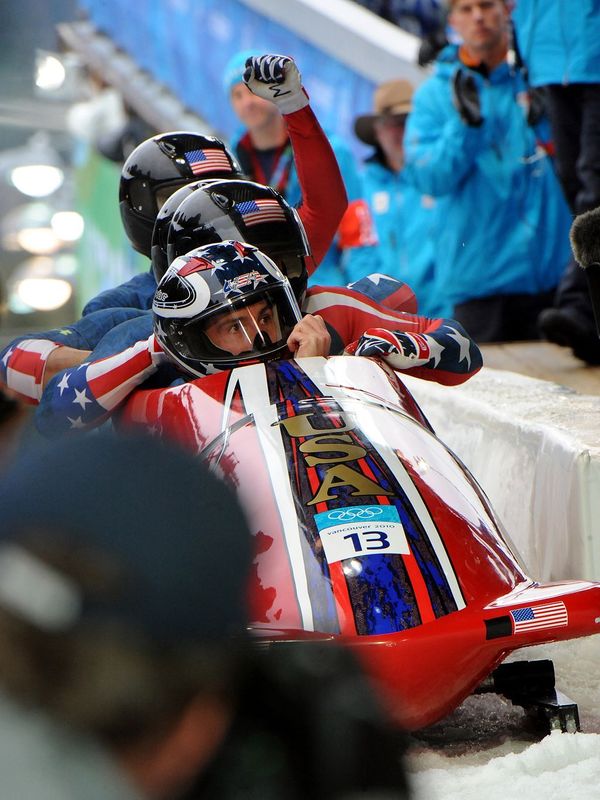 "How was I going to make it in a sport like bobsled? I made a decision to not get hurt anymore. Injury was no longer an option." - Steve Mesler, Olympic champion