Many Olympian champions prevail in a sport that they’ve competed in since childhood. But sometimes an athlete makes a mid-career shift, starts a new activity, and takes the fast track from beginner to expert. In this article, 2010 Winter Olympics gold medalist Steve Mesler explores the vulnerability and risk-taking that his switch from decathlete to bobsledder required. He also talks about learning to love the grind of his grueling sport, the psychology of injury, and the mental toughness needed to get back on the track after crashing a bobsled at 85 miles an hour.

How did you keep yourself motivated for an entire decade in a sport that doesn’t offer a lot of material rewards?

Bobsled is a blue-collar sport. You're going into the mountains in the winter cold and you're warming up in minus-20-degree weather while wearing just a few layers. You're moving your own sleds in and out of the garages and you're standing your own runners – it's a brutally difficult sport. Looking back on doing it for 10 years, I realize that I enjoyed the grind. I wasn’t the most talented, the most athletic, or the strongest guy by any means. But I feel like I worked harder than anyone and enjoyed doing that.

I loved practice and the journey more than actual competition. You only compete one percent of the time and the other 99 percent is training, so if you only like racing, you’re going to be in trouble because of the sacrifice it takes to get there. It was the process that I enjoyed. In his book The Sports Gene, David Epstein wrote about me and some other athletes having an active DRD2 gene, which controls dopamine receptors. When I do something that’s intrinsically good for me, I get a dopamine release. Maybe that’s why I gravitated toward anything that made me better and got excited by it.

How did you make the transition from a decathlete at the University of Florida to being a professional bobsledder?

One of the most important days of my life was when I was sitting on my couch in Florida, two days after the Tommy John surgery I had after injuring myself throwing a javelin. It was late August of 2000. I had finished my eligibility at the University of Florida and thought to myself, “Well, I guess my track career is over.” I needed a new challenge, and bobsled seemed to be a sport that I could try. With my right arm in a sling, I used my left hand to search for the US Olympic committee email address on Yahoo. When I found it, I sent a message saying, “I’m this strong and this fast – is bobsled something you think I could do?” The next day I got a reply from Greg Sand at Team USA bobsled. He told me that I needed to put some weight on, but with my frame and speed, he thought I should give it a shot.

What was the biggest mindset challenge in going from a summer sport in which you’d been a high school champion to a winter sport you’d never even tried?

I chose the University of Florida over Harvard, Duke, and Stanford because I wanted to win. I was positive that I was going to the Olympic Games as a decathlete, but I kept getting hurt. I wasn’t able to finish any of my seasons at Florida without an injury and only scored points at an SEC meet once. It’s the kind of place you go to succeed, but I couldn’t do it, even with great coaching and a big support system. So how was I going to make it in a sport like bobsled against grown men who were fighting for their lifelong dreams? I felt like a skinny little kid. It was then that I made a decision: “I’m not going to get hurt anymore.”

I had to remove that possibility because that was what had held me back for my entire career at Florida.So I decided that injury was no longer an option. I remember an evening when I could sprint again. I ran 40 meters and then another 40 and I felt a twinge in my hamstring. As an athlete, you know that something small like that can soon become a terror, so your immediate thought is to get it looked at. Like when you hear a little rattle in your car, you take it to the garage before it becomes a bigger issue. But as I turned to leave the track, I realized that there weren’t any athletic trainers or coaches around at that time of night and remembered what I’d told myself about not getting hurt. So I kept going, finished my workout, and was fine.

I went from five unfinished seasons at Florida to over nine years of bobsled in which I didn’t miss a race on the way to three Olympics, two world championships, and 40 World Cup wins. I didn’t want to come into the sport weak, and nobody in bobsled knew that I was a fragile athlete in college. Instead of always trying to avoid getting hurt, I made the mental shift of deciding to be strong. It made all the difference in the world. Books and coaches can say that there’s a right way to do something, but if it isn’t working for you, you have to change it.

What was the experience of showing up to your first bobsled training session like?

I’d bulked up from 183 pounds in my track days to around 200 and was feeling pretty strong. But when I walked into the training camp in Atlanta to train at Velocity Sports, I got a reality check. This guy Phil Wise was built like a centaur, and I remember thinking, “I can’t compete with them.” It was the same at the Olympic training center in Chula Vista. This one guy must’ve been 230 or 240 pounds. I thought he was a firefighter because he had these giant burns on his body. But then it came out that he wasn’t - that’s what happens when you crash a 1,400-pound sled while going 85 miles an hour. It was all I could do to stop myself from walking out and going back to my car.

I stuck with it, deciding that I had to put all my cards on the table and at least try. In college I failed so often that I became accustomed to it, so I told myself, “You’ve failed before so if it happens again, you’ll be OK.” I stayed at the camp, and it turned out that even though these guys were bigger and stronger than me, I was faster than them. Within a year I was in my first Olympic Games as a push athlete. The key was being willing to put myself out there. I also started learning German because of all the time we’d be spending in Europe for World Cup races and that was the same thing – trying new and difficult things and not getting worried about being embarrassed as a beginner.

Speaking of the crash that your future teammate had, how did you bounce back from your own collisions?

I didn’t have a choice. One time we crashed on turn 10 of the track in Altenburg, Germany, which is one of the most dangerous tracks in the world. It was the scariest thing in my life. I kicked out and ejected myself from the sled safely. After I stopped spinning and got my wits about me, the other guys were at the bottom of the hill because the sled kept going. When I got down there, Todd Hays, who was our driver, took off his helmet and his face was covered in blood. It was mayhem.

But I decided that I had no choice but to go back up to the top of the hill because I was there for my teammates. The healthiest way to overcome my fear was to never give myself an out. In a sport like bobsled, you’re putting yourself in harm’s way every day, so you have to learn how to compartmentalize. I weighed the risks and understood that the next time we went down the track, the chance of crashing again was really low. So we’d go again.

How crucial was team camaraderie in your ability to bounce back from finishing seventh at the Torino Olympics and win gold in Vancouver?

It was really important for us to have a positive team environment. I remember that before the start of the first day in Torino, I had this huge knot in my stomach. In Vancouver, we had a routine to get past that. I’d jog by Curt [Tomasevicz], we’d look at each other, and the knot would start to shrink a little. Then I’d move on to Steve Holcomb, and we’d do this hokey little dance. Next, I’d go up to Justin [Olsen], who was a big man-child at the time, and punch him in the gut. He’d giggle, and the knot would be gone.

That ability to de-stress as a team was something we had in 2010 that the 2006 team didn’t. When you have a certain level of trust in someone that just interacting with them relaxes you, you’ve got a really powerful bond. It’s a cliché to talk about the concept of a sports team being a family, but we really were. Looking back now, it was a beautiful thing.

Want your team to embrace new challenges, get mentally tough, and bounce back from injury like Steve did? Ask us about a Champion’s Mind team license, which includes a unique 12-module course designed by our founder Dr. Jim Afremow.

If you’re an athlete, download the Champion’s Mind app now for your Apple or Android phone.

Miss the Previous Parts of this Series?

Catch up on part 1 of our conversation with Steve here What I hope kids get from our athlete-mentors is that they need to keep grinding. Even looking back at my own career, the pattern was injury, injury, success, failure, failure, success. I would never have achieved anything if I hadn’t persevered." Olympian Steve Mesler 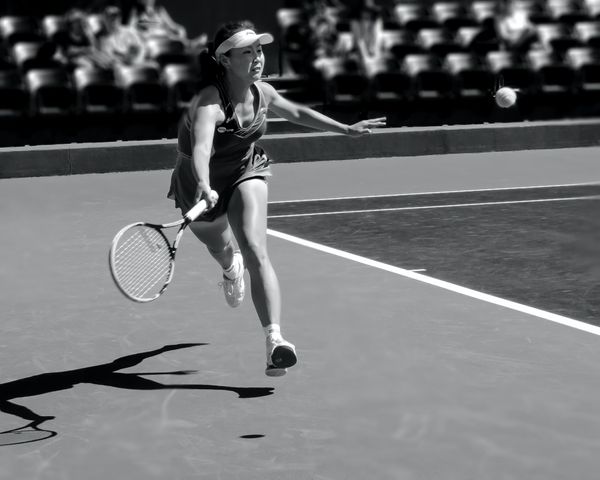 One way to practice being mentally tough is to reframe things that you might normally think of negatively in a positive way. Take a situation you’d usually just try to get through and turn it into something to grow through.