There are few sporting challenges more physically demanding than playing college football. Yet over the past 18 months, the coronavirus pandemic has hit everyone like a pair of 300-pound linebackers. Suddenly just getting on the field with a full squad became a challenge, and with weekly testing, self-isolation protocols, shortened seasons and all the rest, most college football teams have been struggling to simply make it to kickoff.

For this article, we caught up with Jake Basinger, tight end and wide receiver for the Black Hills State University Yellow Jackets. Read on to learn how he’s confronting daily and COVID-related mindset challenges, which mental skills are most useful on game day, how he’s growing as a leader, and more.

A recent NCAA survey showed that student-athlete mental health concerns are up by 250%. How have you been dealing with the pandemic?

I was about to head back to South Dakota after spring break. But then COVID hit, and I had to stay home. That’s when it hit me that I wouldn’t be playing football for 12 weeks – at least until summer. Once I realized that, I decided to just take one day at a time and see if there was anything I hadn’t been doing that could make me better. I’ve always been really into my workouts, but I knew there had to be some new stones to turn over and different things to work on to try and become the best.

I bought new gym equipment and started using the Champion’s Mind app so that when we were cleared to get back on the field last summer, I felt stronger and more ready to play than ever before. At that point we didn’t know whether we’d be able to face other schools or not, but I made sure I did everything I could – physically and mentally – to be ready.

How did you handle that uncertainty?

I tried to not look too far ahead. Sure, I had goals and we had several for the team, but we couldn’t control everything. So I just reminded myself to focus on what we were doing together in the moment, enjoyed being back with my teammates and coaches, and zeroed in on what we wanted to accomplish each day. I tried to not worry about anything except being a good football player, a good student, and a good person. It doesn’t matter who you are, where you are, or what you’re doing, as long as you give your very best in every situation. And that’s what I tried to do day in and day out.

Other than COVID-19, what’s the toughest thing you’ve had to deal with in the past couple of years?

Switching roles to tight end was the biggest challenge, because it meant I had to start blocking some guys who are full-time pass rushers. I always wanted to go against the biggest guy we had on our team in practice and accept the challenge, because when you face the strongest, baddest dudes, you soon learn just how good you are. You can beat up on little guys all day, but you’ll never really know how good you are. Whether it’s playing tight end, wide receiver, or any other position, I just do what my coaches ask me to and give it full effort to put us in a position to win.

You mentioned that you started using the Champion’s Mind app during the pandemic. How did it help?

I remember that I listened to the first audio when I was working my desk job. It asked me to rate myself from one to 10 on how committed I was. I thought about it and gave myself a seven, or maybe an eight. That made me think, “I’m doing this much, but maybe there are other guys out there doing more.” Then the app asked me what it’d take for me to get to 10. I realized that I needed to start working harder, because why would I not make the most of my talent while I have this opportunity to play the game I love with a great team?

So I started looking at every area of my training and preparation and seeing where I could improve, and what I was already doing that I could get better at. I just listened to that same audio again and I honestly gave myself a 10 out of 10 for commitment. The Champion’s Mind app challenged me and made me understand what it takes to have a winner’s mindset.

Speaking of mindset, are there any rituals or routines that help you play your best on game day?

We didn’t have a full season but were able to play our biggest rival. It was a night game, which is rare in college football. I was feeling pretty nervous, so I put on the Competition Mindset module in the Champion’s Mind app. It helped me harness all my nervous energy and channel it toward the game. One of the exercises is designed to help you power up. I do this by clapping my hands hard right before kickoff. The app has really helped me direct my emotions in the right way.

Are there any other ways that you’ve grown from a mindset perspective?

I think I’ve gotten better as a leader because I’ve learned that I have to suggest things to younger teammates rather than just commanding them to do this or that. If I’m trying to show someone how to get through a block and I yell at them when they don’t do it my way, they’re going to feel belittled and humiliated. Whereas if I say, “Have you ever thought about doing it like this?” then it almost becomes their idea. Leadership is all about empowering people to grow, not telling them what to do.

I gravitate toward leading by example. You can’t be a vocal leader without doing that because you won’t have the credentials or respect to back up your words with your actions. You’ve also got to know when to be assertive and when to pull back. I was in charge of a conditioning program this past summer and one of the guys was dragging – he just couldn’t do any more. So instead of yelling at him, I said to the others, “Why don’t you run for him?” They finished up and we were done with the drill.

Want your players to think and perform like Jake?

Jake Basinger didn’t develop a well-rounded mental game by accident. He uses the Champion’s Mind app daily, as does every student-athlete at Black Hills State. Interested in elevating your team or athletic department’s mindset? Then check out everything our team license includes and drop us a line if you’d like to learn more.

And check back soon for part two of Jake’s Q+A. 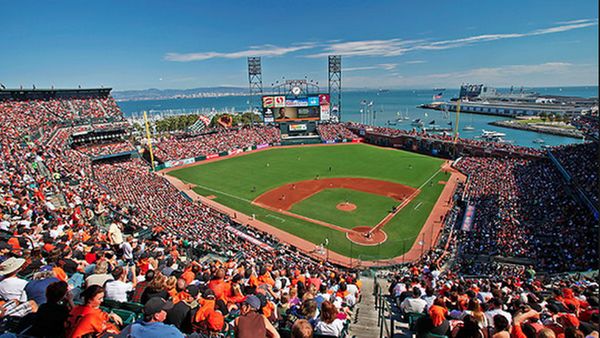 "Those who seem to function the best under pressure are those who look like they’re the most detached. When something goes wrong, you can’t tell by looking at them because they’ve already moved onto the next play." 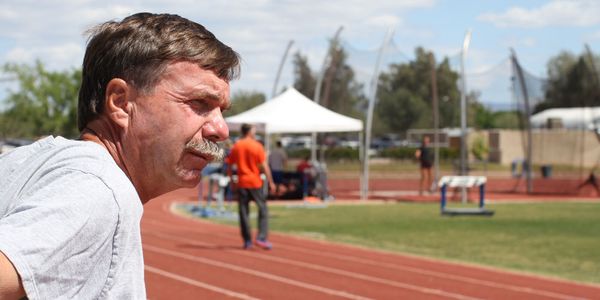 "There are a lot of people in Olympic finals who are happy to be there and like the rewards and the accolades that come out of making a final. Whereas the people who get on the podium can escape that comfort zone and take some calculated risks to get a medal." - Dan Pfaff, track and field coach