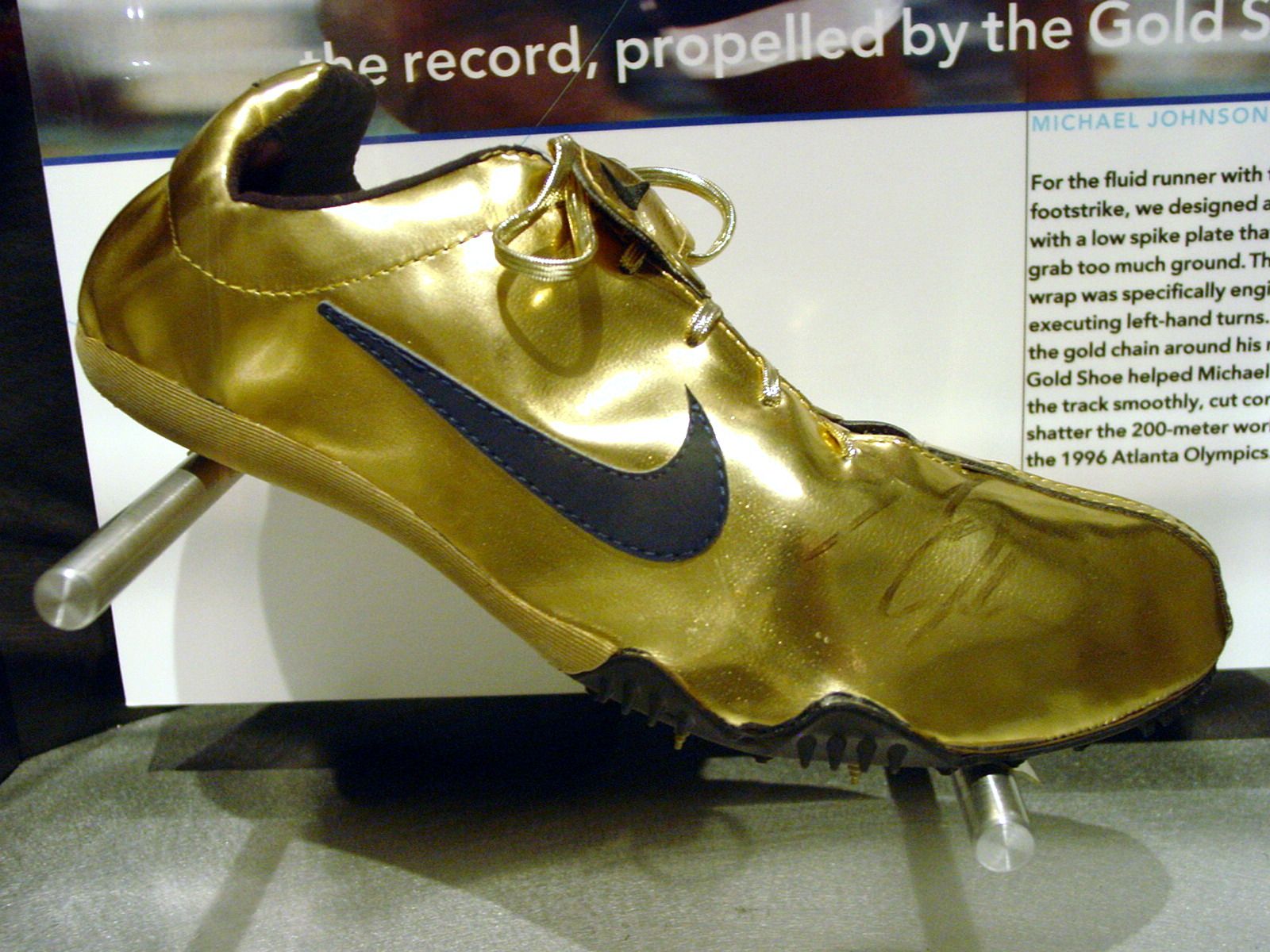 “I went back into an Olympic mindset, focusing on having the best training session I can today and using it to be better and get better.”

- Michael Johnson, Olympic 200- and 400-meter champion on how his gold medal attitude helped him recover from a stroke

In the previous post, we explored the critical reasons for establishing a powerful why and using this to inform your goals and resolutions for 2020. Then we got into some of the ways mental skills training can help you follow through on these intentions to achieve your personal best and elevate yourself above your competitors. In this article, we’re going to look at how being strong in the mind can keep you going when you hit a wall, and your journey to victory is less than linear. One way to think about “mental toughness” is that it’s the ability to not let anything ruin your moment – whether it’s other people, what just happened, what could happen, or the situation and conditions. Own your mind to own your performance – and life!

One of the best mindset-related quotes I’ve read recently is from the great Irish rugby player Paul O’Connell. He implored a team he consulted with to, “Be the best at everything that requires no talent.” This means that while it’s important to work on improving the technical, tactical, and physical elements of your game, you should always control the controllables - do the little things well. This provides a great way to keep progressing when your performance plateaus or you’re battling back from an injury. Some of the little wins you can achieve each day include:

·       Encourage all of your teammates, particularly when they’re feeling down

·       Be coachable and open-minded to hearing feedback from others

·       Put in the mental training miles even when you can’t log the physical ones (e.g., practice visualization, meditation, and relaxation techniques)

Show Up and Step Up

When performance progress stalls or you even go backward for a while, it can be easy to get discouraged and down on yourself. That’s when negative talk starts to creep in, and you might begin to doubt that you’ll ever make it to your full potential. But in working with athletes, teams, and coaches in virtually every sport, I’ve found something to be true: that you need to stay patient and keep going no matter what because success is often just around the corner. So even when you’re stuck in a rut, the weather is awful, or you’re feeling like the last thing in the world you want to do is train, show up anyway. Do the same tomorrow and the next day and the day after that. Eventually the breakthrough will come. Count on it.

Put your Attention on your Intention

One of the first audio scripts I wrote for the Champion’s Mind app was also one of the easiest: simply start each day by stating how you’re going to be a champion, and end it by asking yourself how you were a winner. Now don’t get me wrong: even the best laid plans don’t always manifest themselves as randomness has its way with all our lives. But even when you need to alter the script, still find something to be proud of and celebrate every single small win.

This is a step that driven, Type A personalities often skip because they’re always looking ahead to the next challenge. While I admire such drive, it needs to be balanced with a willingness to acknowledge what’s great about right now, and to give yourself a mental fist bump or high five after doing something well. Couple this with starting each day with a purpose in mind and you’ve got one of the most potent one-two punches in all of sports psychology. Use the Mindsetter, Energizer, Competitor and Regenerator audios in the Champion’s Mind app to help you stay on the champion’s path.

In part one of this series, I wrote about the power of declaring and sharing your goals. When problems arise – and believe me, they inevitably will – you need to remember that you’re not in it alone. Whether it’s your teammates, family, or friends, if you’re willing to be vulnerable and ask for help, the people who care most will rally around you and come through when it counts. So don’t isolate yourself or try to just gut it out alone, but instead tap into the collective strength of your core group. Also remember that while you might not be able to train with the best athletes in your sport physically, you can do so mentally every time you fire up the Champion’s Mind app. When you’re hurting, remind yourself that you’re now part of a global community of strivers who all want to see you succeed.

I can’t name an athlete that I’ve worked with who hasn’t been injured at some point, or a coach who hasn’t gone through a period of losing more games than he or she wins. Problems are a fact of life for all of us, yet we don’t need to frame them as such. I often tell my clients to “Love the comeback more than you hate the setback.” There’s something to learn about yourself in every single issue that pops up, and you can consciously choose to stop seeing and bemoaning difficulties and start recognizing and relishing opportunities. Bring it on.

The best of the best recognize that anyone can show up and give their all when things are going well, but it’s when adversity hits that a true champion pushes onward toward their goals and refuses to quit. Whether you miss a PR or qualifying standard, incur an injury in training, or find yourself stuck in a losing streak, you can still choose to carry yourself well, hold your head high, and win each day in some way. The whole point of mental skills training is to prepare you for your greatest disappointments and biggest setbacks, so you can face them with grace, courage, and determination. Your spirit is way more powerful than anything that can happen to it.

Imagine going from being the best sprinter on Earth to barely being able to walk down a hospital hallway. That’s the stark reality that struck former Olympic 200- and 400-meter gold medalist and world record holder Michael Johnson square in the jaw when he suffered a stroke in September 2018. When he heard his initial diagnosis, Johnson was understandably in shock and later revealed, “After the MRI scan, I almost fell off the table. I could not walk or move my left leg,” he added. “The numbness of my arm was intense too. I could not feel my arm and moving my fingers was problematic.”

But after feeling despair initially, he fell back on the same resolve that had propelled him to two world records, three Olympic gold medals, and 11 world titles. "For the next few weeks I went back into an Olympic mindset and focusing on having the best training session I can today and using it to be better and get better,” Johnson told the BBC. In his first physical therapy session, it took him 15 minutes to walk 200 meters, the same distance he had once covered in just 19.32 seconds. But rather than quitting, Johnson kept showing up day after day and after a year, made a full recovery.

I hope you never have a serious disease or illness like Michael Johnson did. But you will encounter problems, and like him, you can draw upon the same determination, grit, and perseverance that sets you apart in your sport to have the attitude of a champion and bounce back stronger and more resilient than ever. Michael Johnson wasn’t just famous for his speed, but also the gold spikes he wore on the track. As you progress toward your 2020 goals, challenge yourself to have a mindset that’s just as resplendent as this Olympian’s shoes. Thinking gold and NEVER settling for silver or bronze in your life is the ultimate victory. Ready, set, GO!

Develop your gold medal mindset by downloading the Champion’s Mind app for Apple or Android now! Already did? Then go pro to unlock exclusive content, all our new audios, and more.

Mental skills were essential for me in college, dealing with two games per week, classes, training sessions, treatment, two-hour team meetings, and more. Goal setting, visualization, and deep breathing are the ones I used the most. 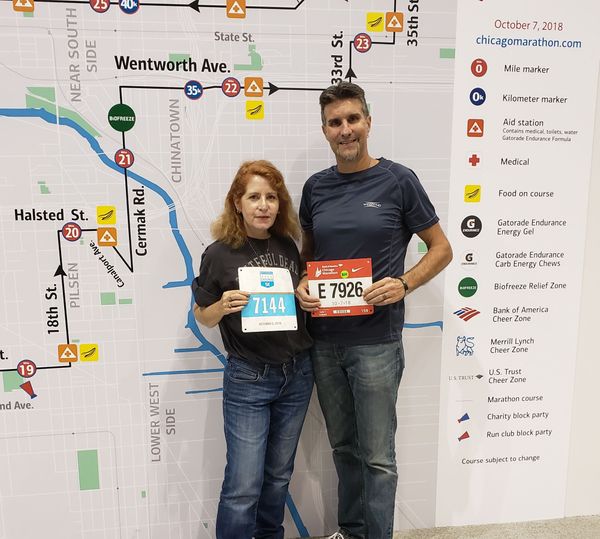 When you look at a distance runner like Mo Farah, Deena Kastor, or the first man to break the 2-hour marathon barrier, Eliud Kipchoge, it’s easy to think they’re superhuman. But