There’s no way around it – running 100 miles is going to hurt. But what do you do when you’re just starting the biggest race of your life and your back starts seizing up. Do you push on, or quit? That was the stark choice faced by runner Chris Walsh in a recent event. In this first of a three-part series, Chris talks about the difference between pain and suffering, why self-talk is so important, and the power of being part of a tribe.

Tell us about your running journey.

I ran when I was a kid but stopped my junior year because I transferred from one school to another that was in a much more competitive division. So I went from being one of the best runners to one of the worst. I re-discovered running back in late 2011 through the company I worked for. They wanted to put on some running events, just 5Ks. I thought, “Yeah, sure, I ran 30 years ago, I can do this without training.” And then I got my butt kicked. That happened a couple times and I finally decided to take it seriously. I figured that I'd never run more than a 5K, but I progressed to a 10K, then a half marathon. I said I'd never run a marathon and now I've done eight. I said I'd never do a trail event, but I started running off-road in January and last weekend completed my first hundred-mile race.

Good for you! How did your mindset change as you kept re-defining what you were capable of?

I never gave much thought to the mental side for the first five years. I’d just go out and run as hard as I could.  But I’d have times when things got into my head. Then I came across The Champion's Mind right when it came out. Jim [Afremow] was tweeting a lot about it, and it seemed intriguing to me, so I bought the book, read it, and realized that there was an entirely new aspect of training. Doing mental skills work helped me realize a lot of things that I was doing wrong as far as my physical training. That it wasn't always about going out there and crushing myself physically – it’s more important to know how to crush it mentally.

How does the mental challenge change with longer races?

It seems like that the further the distance, the more the mental training really comes into play. A 5K for the average person lasts 20 to 45 minutes, so you can kind of overcome that. When you get to a half marathon, you’re talking an hour and a half to three hours and a full marathon takes three to six hours.  You need a lot of tools in your mental toolbox to get yourself through those longer runs.

How did this come into play during your hundred-mile race?

In the hundred miler, I hit a rough patch early because the muscles in my back started hurting. I had just started my second loop and was trying to figure out ways to quit gracefully. It hurt, and the big bad wolf was there telling me to quit – just finish the lap and be done with it. Then another runner passed me and could see I was struggling. She asked me, “How are you doing?” We got talking and I told her, “I'm really hurting.”

She replied, “Keep going! It's a long way, you’ll figure it out.”

I started to think, “Okay, I‘ve got to get this out of my head.” I realized that the big bad wolf was winning and so I kept telling myself to feed the good wolf. A sore back is just a sore back – it’s not going to do anything to hurt me. After a while, my back started hurting less and I was able to start running again. I passed that girl and thanked her. She asked me, “What did you do?” I told her, “I fed the good wolf.”

So you made a conscious choice to push through the pain by re-framing it?

Yes. There’s a Japanese poet who's a marathoner [Haruki Murakami] and one of the things that he says is, “Pain is inevitable, suffering is optional.” When you think about it that way, it's going to hurt, but you are the one who’s making the choice whether you’re going to suffer or not. So choose to not suffer.

Which other mindset tactics did you use in that race?

Another thing I did is to touch or gesture toward the reflective trail markers hanging from bushes along the course. Then I said to myself, “I'm still alive.” It had two meanings for me: I'm still alive in the race and alive in general!

What’s your mental approach to training, particularly as you’ve increased your mileage?

You need to have a “why” to do it. Often, that’s as simple as, “Because I can.” I can get out there and do it. I've got my health. Sometimes when it gets really rough, I think about people who can't do it. I had this friend on social media who passed away in January of 2017 from stage four cancer. She actually ran the New York Marathon in November of 2016, two months before she died. I think about things like that, or about my wife, who was never an athlete but makes the effort to go out and train and has now run a half marathon. I guess that's my why.

Want to learn the secret of Chris's positive self-talk? Download the Champion's Mind app for Apple or Android now!

"I trust my training, I trust my plan, and, most importantly, I trust myself. I’m the one controlling the challenge and I’m unstoppable." 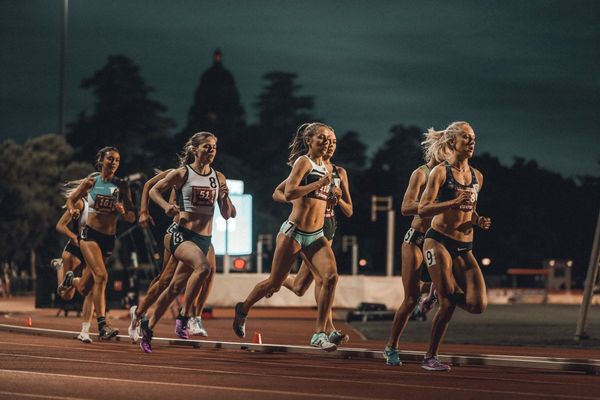 "The Champion's Mind app gave me a positive outlook and attitude."